I'm a multi-skilled journalist and writer with extensive print, broadcast, online, and digital experience. I've worked at the sharp end of some of the biggest stories in recent years across multiple platforms. Climate, sustainability, politics, foreign affairs, social issues, business, and technology are my key interest areas — but I'm confident in covering anything that intrigues me. 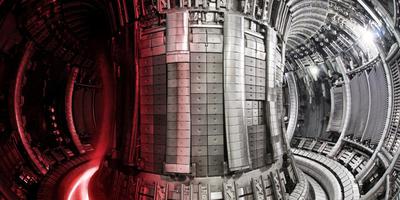 Nuclear fusion has been a pipe dream for decades, but it might actually be on the cusp of commercial viability

In the packed field of prospective net-zero solutions, nuclear fusion stands out in its scope and ambition. By successfully replicating the reaction that powers the sun, humanity could—in the words of Stephen Hawking—unlock an “inexhaustible supply of energy, without pollution or global warming.” Fusion development has progressed at a glacial pace for decades, however, and breakthroughs have been intermittent at best. 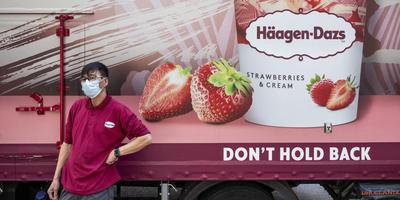 To tackle climate change, rich nations must radically rethink their relationship with food—that’s the verdict of scientists re-examining the environmental impact of global food transportation. 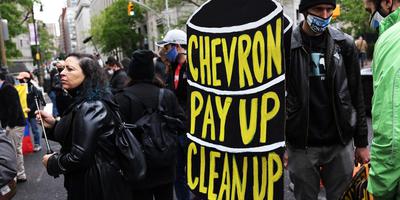 In courtrooms around the United States, climate lawyers are tightening the screws on Big Oil. From California to Colorado, Hawaii, and Rhode Island, no fewer than 20 states are seeking damages against dozens of the world’s largest fossil fuel firms. The argument? That these corporations’ extractive enterprises are responsible for decades of environmental destruction—and, crucially, that they have misled the American people about the true nature of the damage. 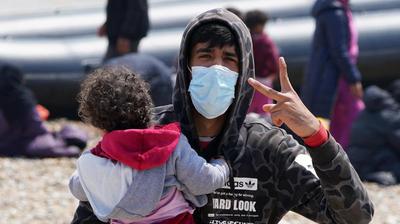 Some held their hands aloft in celebration; others simply slumped to the ground in the 24°C heat, exhausted from the ordeal they’d just endured. That was the scene on the south coast of England this week, when at least 430 migrants — including infants too young to walk — made landfall. They had braved the 20-mile crossing from either France or Belgium, navigating the world’s busiest shipping lane aboard flimsy inflatable boats. Meanwhile, 70 miles away in Westminster, the fate of those who’ll 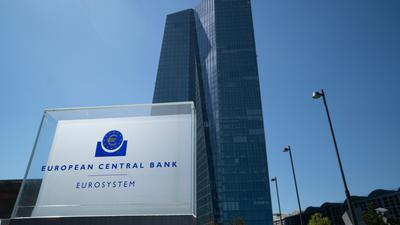 Why central banks are getting into the crypto game

From bitcoin to ethereum, digital currencies have been heralded as a new dawn for money. They allow for faster, cheaper transfers, promote financial inclusion and offer greater privacy, according to their proponents. 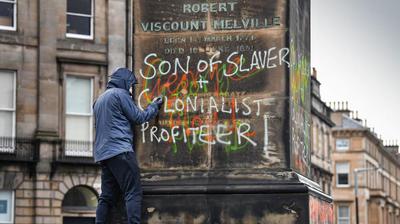 This Country Is Finally Teaching Students About Its Ugly Colonial History

Demands to tackle discrimination through education have grown globally over the last 12 months, energised by the murder of George Floyd and wave of racial equality campaigning that followed. In the UK, a petition calling for the compulsory teaching of Britain’s role in colonialism and the transatlantic slave trade got 268,772 signatures – well over the 100,000 needed for the topic to be debated in Parliament. Scotland has an ugly colonial past. It was a ready participant in Britain’s blood-soak 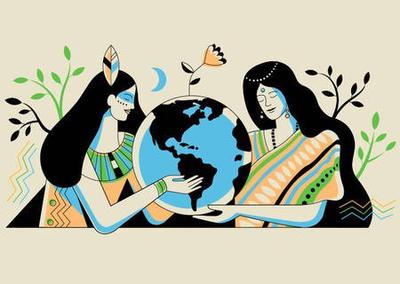 From Indigenous Communities to Faith-Based Organisations, Collaboration is Needed to Tackle the Climate Crisis

There is no greater equalizer than the environment. Regardless of race, religion, gender or geography, we’re all facing a climate crisis — a man-made catastrophe that can only be tackled with collective action. Faith-based organisations and indigenous communities are key actors in this endeavour. With their moral capital and spiritual resonance, they can call for restorative action and greater sustainability, guiding policymakers onto a path that better protects the planet. This was the centra

Constrained by coronavirus restrictions, there’s an eerie quietness to Scotland’s parliamentary election campaign. No raucous street activism, no mass rallies. Just a peculiar sense of calm before the impending constitutional storm. On May 6, polling day, that storm makes landfall. Voters face a stark choice. Plump for a pro-independence party, and they’re saying yes to ‘IndyRef2’: a second ballot on Scottish independence. Deny the nationalists a majority, and dreams of secession fade away (fo 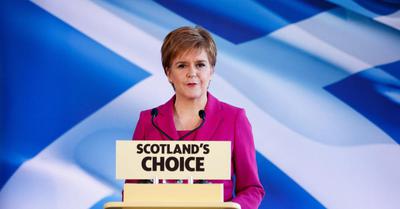 GLASGOW — Despite being on course to win next week’s Scottish parliament election, pro-independence parties face a perilous path to secure a new referendum on breaking away from the U.K. The first major obstacle is U.K. Prime Minister Boris Johnson, who says he will refuse to grant a second referendum even if the Scottish National Party (SNP) retains power and the broader pro-independence camp wins an overall majority of seats in the election on May 6. If Johnson sticks to that stance, the ind 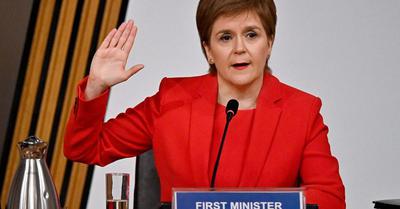 The political vultures were circling Nicola Sturgeon on Wednesday — but Scotland’s first minister wasn’t going to give them an easy meal. Against a chorus of resignation cries, her message to a parliamentary committee investigating government malpractice was clear: mistakes were made, but I’ve got nothing to hide. There was no 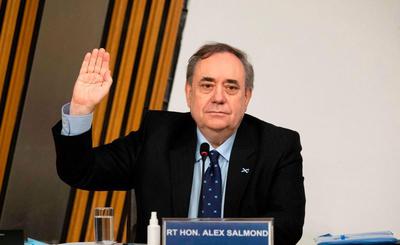 Former Scottish National Party leader and former First Minister of Scotland, Alex Salmond is sworn in before giving evidence to The Committee on the Scottish Government Handling of Harassment Complaints at Holyrood | Andy Buchanan via AFP The actions of senior ministers are “undermining the system of government in Scotland,” former Scottish First Minister Alex Salmond claimed Friday. Addressing a parliamentary inquiry into the handling of sexual harassment complaints against him, Salmond accus 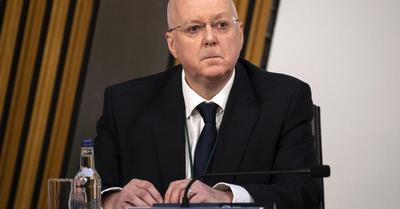 Peter Murrell rejected claims that he had given contradictory answers | Pool photo by Andy Buchanan/Getty Images GLASGOW — The chief executive of the Scottish National Party was accused on Monday of misleading an inquiry into the handling of harassment complaints against former Scottish First Minister Alex Salmond. Peter Murrell — who is also the husband of current First Minister Nicola Sturgeon — had been hauled before a parliamentary committee to clarify comments made during a previous sessi 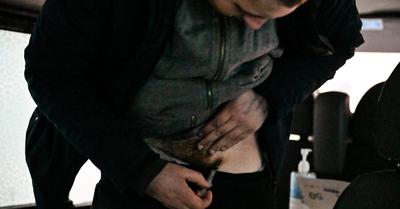 It’s a distinction that would shame any government, let alone one chasing the dream of self-rule. Scotland, by a dizzying margin, is the drug death capital of Europe, new figures reveal — a tragedy and a blot on the record of Nicola Sturgeon’s pro-independence Scottish National Party (SNP) government; but one that's unlikely break her country's political fixation with Brexit, nor derail plans for a second say on separation from the United Kingdom. More than 1,200 Scots died in drug-related cas 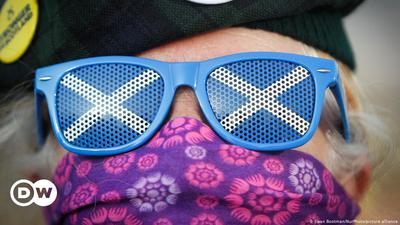 Brexit: Scottish independence back in the spotlight

With Brexit talks sputtering, though not quite dead, the specter of tariffs, travel restrictions, and towering economic uncertainty looms large over Europe. From Berlin to Brussels, Belfast and beyond, leaders are scrambling to shore up no-deal contingencies, finessing plans many hoped would never see the light of day. Yet, in one corner of the continent, a quiet sense of satisfaction simmers. Officially, Scotland's pro-independence government wants an agreement: The country's exporters are as 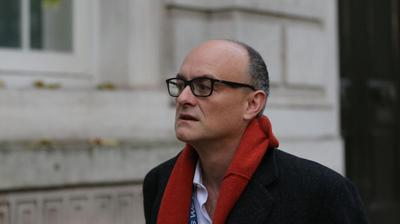 He is the man who vowed to “Take Back Control” and “Get Brexit Done”, but as Dominic Cummings stalked out of Downing Street for the final time yesterday, Britain’s EU departure was far from resolved. Boris Johnson’s chief aide cultivated a poisonous and pugnacious aura around the prime minister, critics say, and few people — particularly among Conservative MPs — will be sorry to see him go. But now, as the dust from a bombastic week in Westminster settles, minds will be focusing on the future, 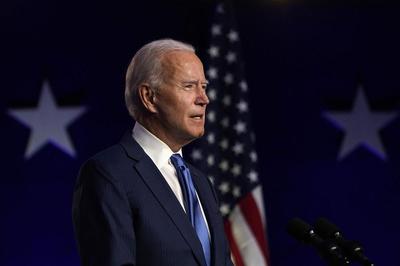 An air of anticipation, and anxiety, will hang heavy around 10 Downing Street this morning. Ears straining for the familiar chimes of the Prime Minister’s phone, awaiting feverishly the most coveted call in world politics: “Please hold for the President-Elect.” For Boris Johnson, unsure of where he stands with Joe Biden, America’s chosen man, it’ll be a nervy moment. On the face of it, he’s a more natural fit with Donald Trump: two populist showmen set on shaking up the established order. Scra 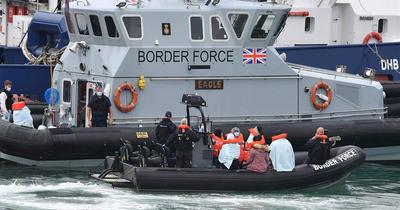 More migrants take on treacherous journey from France to Britain

Clad head to toe in newly bought all-black clothes that held no scent, as instructed by the smugglers who bundled him into the back of a truck, this is how Md Mominul Hamid's life in Britain began. Hamid risked his life to make the perilous journey from France to Britain, a trip dozens of others make each day. "I didn't have any choice," the 28-year-old from Bangladesh told NBC 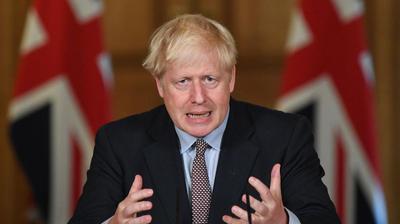 There are rumblings of rebellion in Westminster this evening. The trigger: a breach of international law sanctioned at the very top. In an incendiary move, Prime Minister Boris Johnson this week set out plans to override a legally binding Brexit pact—one he brokered himself just eleven months ago. The British government’s proposed Internal Market Bill addresses a cornerstone of the last year's Brexit withdrawal agreement, one that ensured a hard border wouldn’t return to the island of Ireland 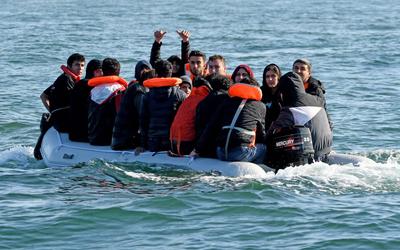 When at last he arrived in Calais, a port town on France's north coast, Gulwali Passarlay felt a surge of hope long suppressed: safety and the promise of a new life was at hand. But his optimism soon faded. "I had a really, really inhumane experience in Calais. Several times I spent 18 hours in a cell in police custody. We didn't have any dignity or value whatsoever." Read more: Migrants in France up against pandemic, police abuse The Afghan, then just 13 years old, had first fled the horrors 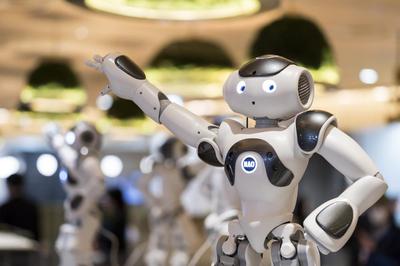 This year, as coronavirus-induced panic caused public life to retreat behind closed doors, the fortunes of socially vulnerable senior citizens plummeted. For many, being forced to curtail visits from friends and family, keeping coronavirus out meant letting loneliness in. In the not-so-distant future, however, this painful trade-off may not be necessary. That’s thanks to advances in the realm of “socially intelligent” artificial intelligence, a phenomenon that a group of British scientists is
Load More Articles
Close ✕