I'm a multi-skilled journalist and writer with extensive print, broadcast, online and digital experience. I've worked at the sharp end of some of the biggest stories in recent years across multiple platforms. Politics, foreign affairs, social issues, business and technology are my key interest areas - but I'm confident in covering anything that intrigues me. 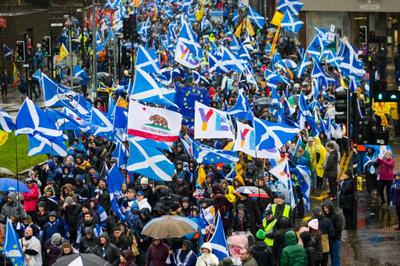 The Scottish independence debate is being reshaped by the pandemic

There was a moment, five days before 2014’s historic vote on Scottish independence, when the contest came alive. Electrified by an opinion poll that put the rival camps neck-and-neck, supporters of both sides poured onto the streets in a deluge of democratic fervor. A carnival atmosphere engulfed Glasgow, Scotland’s largest city, as activists made their final, thunderous push for victory. 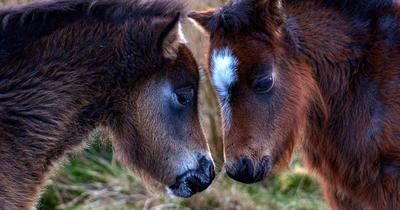 The soaring slopes of Wales’ Carneddau mountains make for unforgiving pastures. To survive on these alpine grasslands, species need to be as rugged as the wind-hewn hills themselves. Short, stout, and sturdy, Carneddau’s wild ponies are no exception. “They are just so hardy,” said Sandra Roberts, who's been photographing the ponies for almost a decade. Year after year, she ha 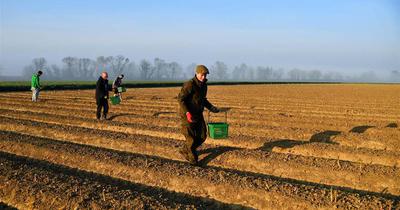 Moratorium on travel may devastate U.K. fruit and vegetable growers

GLASGOW, Scotland — Cultivating hops is a difficult business. Long before the little cone-shaped flowers are ready for harvest, days of gruelling groundwork must be laid. For hours on end, workers kneel as they intricately thread the infant shoots around lengths of string. “Training,” as the process is known, takes skill, focus and patience. But most of all, it requires manpower — and that’s why Ali Capper is worried. “We’ve already recruited. We’ve got a team of people all hoping to come. They 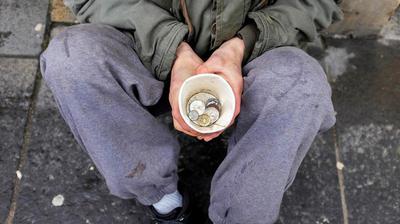 Scotland Has Found the Perfect Solution to Homelessness

Eight weeks ago, Chris* was waking to the bitter winter chill of Scotland’s east coast. With nowhere to call home and “absolutely nothing” to his name, he had run out of options, and was living on the streets. “I felt really hopeless, it was so depressing,” recalls the 30-year-old Edinburgh man. But today, he’s feeling a little brighter. “I have a nice room with its own bathroom. It’s restful and I respect everyone here,” Chris says of his current accommodation – Edinburgh’s Old Waverley Hotel, 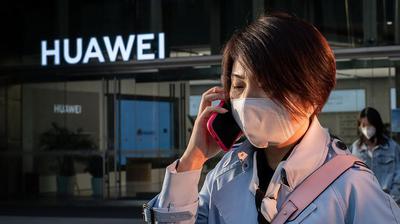 China’s new year celebrations involve travel on an unimaginable scale. Upwards of half-a-billion people piled onto trains, planes, and busses, criss-crossing a continent-sized country. It’s an epidemiologist’s nightmare. And yet, somehow, Beijing managed to get a lid on its coronavirus outbreak—which emerged on the eve of the holiday—with remarkable success. Scarcely 3% of COVID-19 deaths globally have been recorded in China, a nation home to one-fifth of the planet’s population. That is, of c 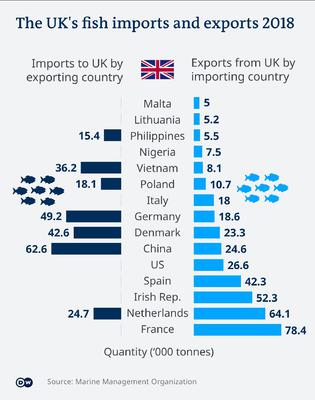 As the worst of the winter weather recedes and Easter approaches, Fraserburgh harbor in northeast Scotland ought to be teeming with activity. Under clear skies, dozens of trawler boats would — in normal times — be setting off for the bountiful fishing grounds of the North Sea, or returning to unload their catch. But these are not normal times, and the port sits silent. A full four-fifths of the fleet is currently tied up, estimates veteran Fraserburgh skipper Mark Robertson. Like businesses the 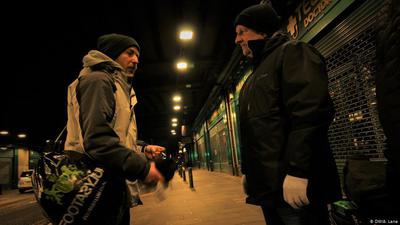 It's a bitterly cold night in Glasgow, Scotland's largest city. Kevin Barry Duffin's hat is pulled low against the winter chill, and he warms his hands with a steaming cup of coffee. His smile is broad as he approaches for a chat; but behind the homeless man's eyes, there is sadness. "First it was codeine. Then heroin when I was 26. Now, in the last four years, it's been coke. I was abused growing up. That's what's f---ed me up. I took drugs to cover the pain," he says. Kevin is one of dozens 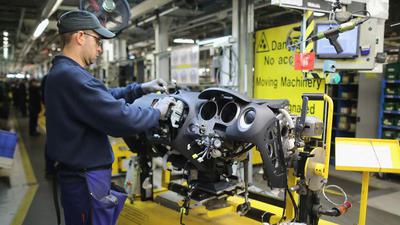 Brexit And The Regions: Fear Of No Deal Disaster In England’s Industrial Heartlands

Visualise Brexit. Big Ben may spring to mind, or the prime minister at his podium in Downing Street. But Britain’s E.U. departure isn’t a London phenomenon. It was on the streets of Hartlepool, Walsall, and Dudley—not Westminster—that the Leave campaign prevailed. Brexit was forged in England’s former industrial heartlands—and now, as trade talks commence, the regions’ message is clear: do not ignore us. Devastated by steep decline in the 1980s, decades of regeneration have shaped the economies 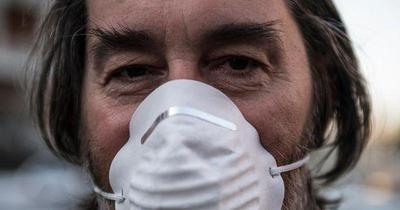 Coronavirus: Is The U.K. Prepared?

Britain is on edge. Coronavirus’s steady creep is starting to look more like a surge: a thousand cases in South Korea, fifteen dead in Iran, over three hundred infected in Italy. The U.K.’s health secretary confessed this week that he is “pretty worried”; a jarring understatement to Brits already battling the virus. That group is currently small—a dozen or so—but experts are clear: the worst is still to come. ‘Covid-19’, the disease’s official designation, has brought chaos to China. With almo 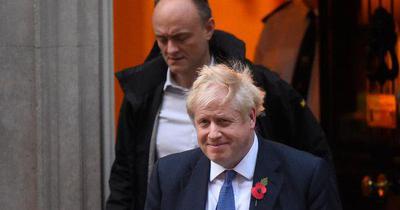 It was billed as a moderate shake-up. A few fresh faces—particularly in the junior ranks—but effectively a continuity Cabinet, one committed to carrying out the Conservatives’ winning manifesto. Did nobody tell Dominic Cummings? Boris Johnson’s tough-as-nails top aide was in no mood for compromise this morning, forcing from office Britain’s second most powerful politician. Sajid Javid—now former Chancellor of the Exchequer—had been given an ultimatum: sack your senior staff, or you’re finished. 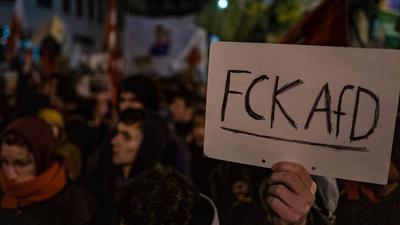 In Germany this week—as the nation marks 75 years since the fall of fascism—the spectre of far-right rule reared its head. A startling series of events saw Alternative für Deutschland (AfD), a party of ardent nationalists, play kingmaker in a regional election. The result is likely to be undone—but Germany’s guiding post-war principle, to keep power in moderate hands, has been punctured. The drama played out in Thuringia, an eastern state governed in recent years by the left-wing Die Linke part 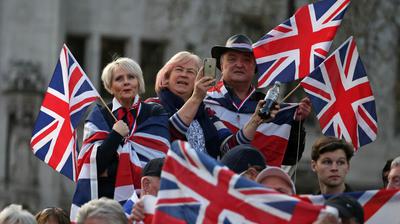 After UK leaves EU on January 31, what will change?

On Friday evening, as the clock strikes eleven, Britain will leave the European Union. More than three and a half years since the EU referendum, during which the country has seen two general elections and much political wrangling, the wishes of 17.4 million Britons will be realised. • What price will the developing world pay for Brexit? But do not expect an end to the drama. January 31 marks a single page-turn in the Brexit odyssey and the next chapter could be just as fraught. A transition p 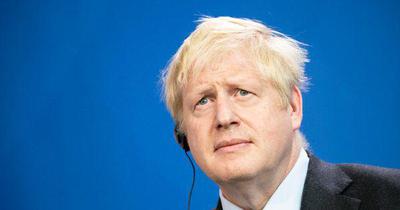 We’re on the final straight. After four frenzied, fascinating years, on Friday 31st, Brexit will happen. At the stroke of 11:00 p.m., the wish of 17.4 million Brits will be realized. For the first time in four decades, the U.K. will be truly standing on its own two feet. An independent trading nation, bridled by Brussels no more. Well, not exactly. At the end of the month, Britain will indeed cease to be an EU member. There will be no more U.K. MEPs, no British commissioner, no ministers in at 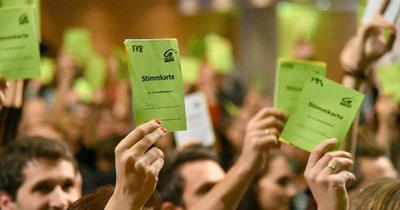 As record temperatures roasted Europe last summer, eco-fever swept the land. Surging atop the political agenda like never before, environmentalism—once the reserve of an entitled fringe—took centre stage—and, in some areas at least, it shows little sign of stopping. In Austria, the new decade just hours old, history was made: the country’s Greens agreed to enter national government. They will serve alongside the People’s Party, right-wing conservatives, signalling a curious crossing of the cont 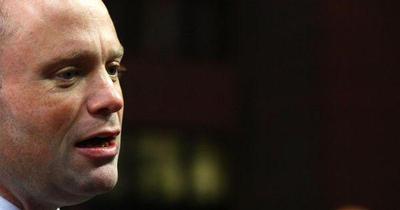 The moment police swooped on a multi-million dollar yacht trying to slip from Maltese waters last month, Joseph Muscat’s days were numbered. On board was a murder-linked businessman with alleged ties to the prime minister’s top team. His arrest lit the fuse on festering public fury, and soon the streets outside Castille— Muscat’s official residence—convulsed in protest. The island nation’s leader vowed to see the crisis through; but on Sunday, his time ran out. Assailed on all sides, Muscat prom 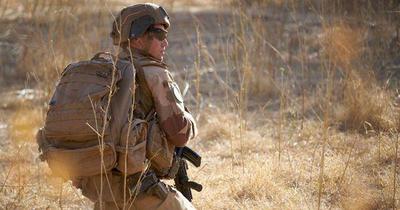 Stuck In A Bloody Counter-Terror Quagmire, France Calls For Help In West Africa

On Monday night, France’s counter-terror stalemate in the Sahel struck a new low. Manoeuvring to engage militants on the ground, an attack helicopter collided mid-air with a troop transport chopper. Thirteen French personnel perished—the heaviest toll of a single incident in a generation. The tragedy is, for many, emblematic of France’s faltering West African mission, which, six years in, looks no closer to success. When President François Hollande deployed troops to the Sahel in 2013, his inte 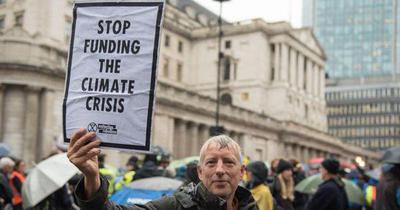 The Climate Election? Johnson And Corbyn Grapple With Green Fervour

It ought to be a wholly red, white, and blue election, given the focus on Brexit; but Britain’s ballot battle is starting to look rather green. A year of unprecedented protests and activism has forced climate change into voters’ minds like never before. Over half the electorate now say global warming could be a deciding factor come polling day, giving those on the campaign trail plenty to ponder. Environmentalism’s ascendancy in the political arena is striking. Ahead of the 2017 election, scarc 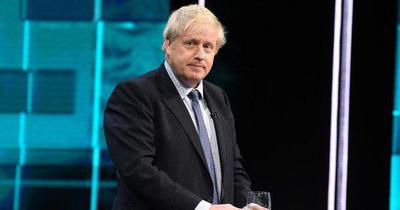 Tories Slammed For Fact-Check Stunt, But Was That Part Of The Plan?

As Britain's electoral hopefuls duked it out before a live studio audience last night, the delicate divide between truth and spin narrowed. For little over an hour, the Conservative’s press office Twitter account was fashioned as “factcheckUK,” an apparently non-partisan body fastidiously debunking Labour’s “lies.” It has been condemned as a deeply cynical stunt—but in the war for digital dominance, it has perhaps achieved its main objective: attention. So glued to ITV’s Boris Johnson versus Je 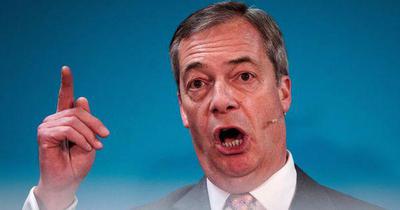 Give an inch in politics, and you risk losing a mile. Just ask Nigel Farage. He adopted the Brexit high ground on Monday, pledging to stand down candidates in Conservative-held seats for fear of splitting the Leave vote. But now they want more. Joined by some of Brexit’s biggest bankrollers, senior Tories are calling on Farage to forfeit his foremost electoral target: Labour’s Leave-backing heartlands. Brexit Party candidates would contest 600 seats in the coming election, Farage declared last 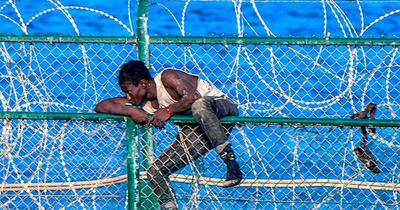 Clinging desperately to the truck’s undercarriage, it’s hard to imagine the boy’s terror. What horrors drove him to the Spanish border, we’ll never know. The 13-year-old dropped under the lorry’s wheel, and his tiny body was crushed. Another life lost in Europe’s unremitting migrant crisis; but not, like most, amid the misery of a Mediterranean crossing. The child died attempting entry at one of Europe’s two land borders with North Africa - frightening frontiers where human rights are in free fa
Load More Articles
Close ✕